Asalaamu alaikum,
InshaAllah I want to share with you information about my daughters health so that if there are any of you going through the same thing, we can share our thoughts on it together. 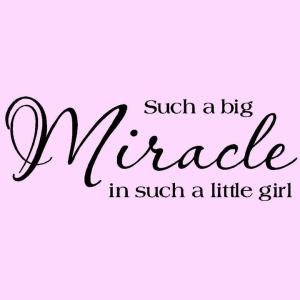 Our daughter has what is called beckwith-wiedemann syndrome (bws). It is basically an enlargement syndrome so her inner organs a a little bigger than normal including her tongue which is called Macroglossia. In her case, though not many others, she requires a tracheostomy for breathing alhamdulillah. She also had an umbilical hernia and has a g-tube for feeding (the feeding tube is because of her macroglossia). Children with BWS are at an increased risk of developing cancer so she is screened for the every two or three months until she is eight years old, currently she is almost a year and a half.

She was born three months premature (weighing only one kilo) and because of this, sufferred a grade four IVH. An intraventricular hemorrhage, often abbreviated “IVH,” is a bleeding into the brain’s ventricular system, where the cerebrospinal fluid is produced.

Grades I and II are most common, and often there are no further complications. Grades III and IV are the most serious and may result in long-term brain injury to the infant. After a grade III or IV IVH, blood clots may form which can block the flow of cerebrospinal fluid, leading to increased fluid in the brain (hydrocephalus). She now has a VP shunt in her brain for this. Alhamdulillah, neurologically she is developing normally and has not had any problems since the bleed and resulting hydrocephalus.

From birth, she had been in hospital for seven months straight and we have had to go back several times since mashaAllah.

She is now due to go for tubes as she has full conductive hearing loss and a tongue reduction surgery inshaAllah so she can drink, breathe, and have continual normal development of her mouth and jaw.

InshaAllah if anyone has any son or daughter with these health issues or others, please, write me so we can talk inshaAllah.

update: As of (01/10/2011) she has had a tongue reduction, and tubes in her ears. Alhamdulillah she can now hear fairly adequately with her right ear but the left is still questionable. She has an appointment on 06/08/2011 to get her tracheotomy reversed inshaAllah. She was also recently diagnosed with hemihypertrophy on her right side (in large part because ofher becwith-weidemann syndrome) and diplegia cerebral palsy of her legs(as a result of her prematurity), alhamdulillah her brain is not affected by this. Also, since her tongue reduction, she has been wanting a lot more to drink by mouth instead of her feeding tube port mashaAllah. She is doing well otherwise and is soo curious these days, just like any other little girl alhamdulillah.

update (05/21/2011): As of May 19, 2011, and her MRI’s, Fatemah was found to have hepatoblastoma on her liver (thought to be due to her beckwith-weidemaan syndrome) and a cyst pressing against her brain stem (cause unknown alhamdulillah). Allah only gives us what is khair, so here we are now, as I type this, in the hospital in London for the next 9 days where she will undergo a liver resection with possible chemo after, and brain surgery to reduce the cyst inshaAllah. Please keep her in your dua’as… jazakAllah khair.

update (06/30/2011): Alhamdulillah our daughter has had her surgeries, 06/03/2011 and 06/05/2011. They also put a central line in her chest for blood draws as it is hard to find veins on her alhamdulillah. The tumour turned out to be malignant (cancerous), though not a hepatoblastoma as we originally thought but a more rare type of tumor subhanAllah. Alhamdulillah they were able to take the whole mass out along with the right lobe of her liver and her gallbladder, and we think she will not need chemotherapy, insha’Allah. She just has to be followed by oncology to be sure that there is no recurrence inshaAllah. The cyst on her brain was drained and alhamdulillah she is now off oxygen at night. Allah subhana wa t’ala is al-shafi, the one who holds the cure. We should be going to back to hospital before ramadhan inshaAllah so she can get a portacath or broviac for blood draws which is a permanent line that would sit under her skin so the doctors wouldnt have to continually miss veins when they try to draw blood (they would draw it straight from the line instead of say, her hand, or wrist). She is going to be needing oncology follow up with blood tests until she is around 7 alhamdulillah, so this will ease things for her.

update (09/01/2011): Our daughter went to the hospital yesterday where her doctor removed her feeding tube permanently alhamdulillah. She has vomited since, though they think it is a coincidence and not an implication of the feeding tube removal alhamdulillah. This means we are 50% finished tube wise. One out, and one to go inshaAllah.. please keep her in your duaa, jazakAllah khair.

update (15/10/2011): We just had a repeat hearing test for dd. Her one side was mild hearing loss, her other was severe hearing loss. She had a mild ear infection at the time though so they are not sure how big a part that played, how much it influenced the test. She needs to go for a repeat one next time she is there but in the meantime, we are talking about hearing aids and implants so we will see how it goes. In other news, alhamdulillah, she has began taking assisted steps. If she would take the steps in her walker so would go faster, but she is so wants her independance and refuses to use it subhanAllah. InshaAllah she will get the hang of it soon. Also, she has to go see Dr.Moussa for a visual evoked potential test where they will put electrodes on her head and see how she responds to certain stimuli. Depending on the results, her optomistrist said it may be time for eye surgery. We have to go see her opthamologist Dr.Hawkeswood first though. He mentioned once before that there was a 20% chance that this problem can be fixed with over-corrective lenses inshaAllah. Allah give her shiffyah. 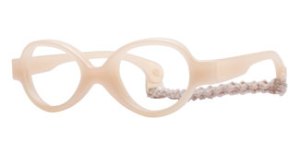 18 responses to “my daughter, fatemah”